The objective of this fully accredited ACGME-approved AP/CP training program is to produce leaders in diagnostic pathology and biomedical research. 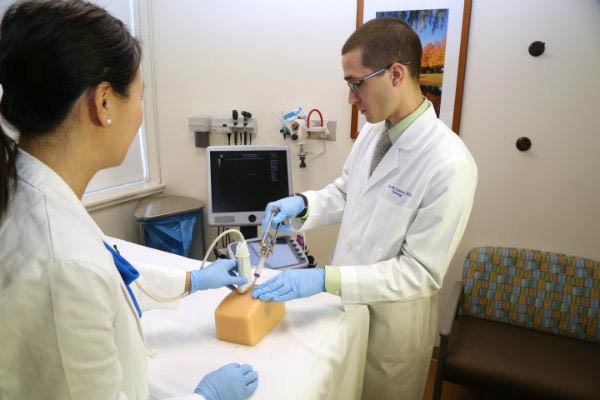 Specific educational goals and objectives are designed to ensure that each trainee acquires the body of knowledge, skills, attitudes and behaviors desirable in a modern, world class pathologist. 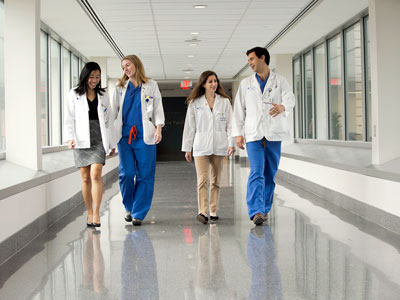 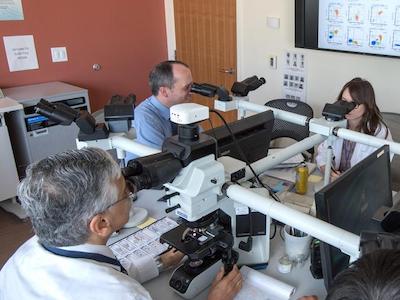 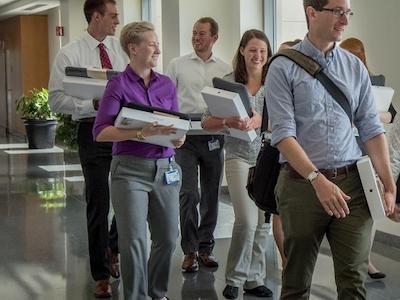 A 48-month curriculum with 5 months of electives.

a. Competencies for Medical Directorship of  Diagnostic Laboratory

During PGY2, 3 and 4, residents will select a clinical laboratory and participate as a “lab management apprentice” under the mentorship of the laboratory Medical Director.

Electives may be selected from any of the required AP or CP rotations during PGY4. Other approved electives include: Autopsy, Cardiovascular Pathology, Cytogenetics, Electron Microscopy, Foundation Medicine Molecular Pathology, Gynecologic Pathology, Pulmonary Pathology, and Senior Microbiology (DUMC). Novel electives can be proposed and tailored to specific academic interests. 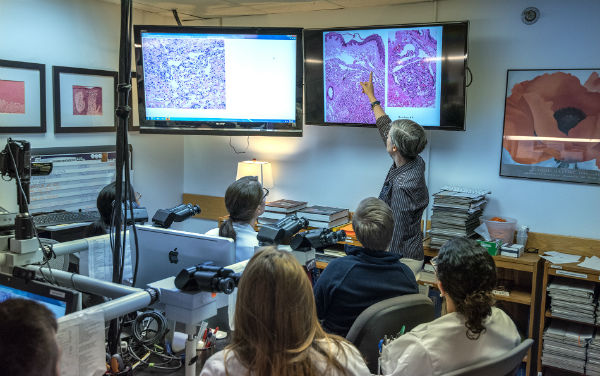 These are guidelines designed for pathology residents who decide to spend some of their elective months performing research. The American Board of Pathology (ABP) Requirements for Certification states: “For residents entering pathology training programs on or after 1 July 2003, the ABP will grant up to 6 months of research credit for primary certification. The applicant must be able to demonstrate active participation in the generation of the hypothesis and development of the protocol. No credit is given for research employment as a technician or technologist. The ABP encourages research and believes that candidates should carry on investigation, teaching, and the publication of scientific papers during primary training.” 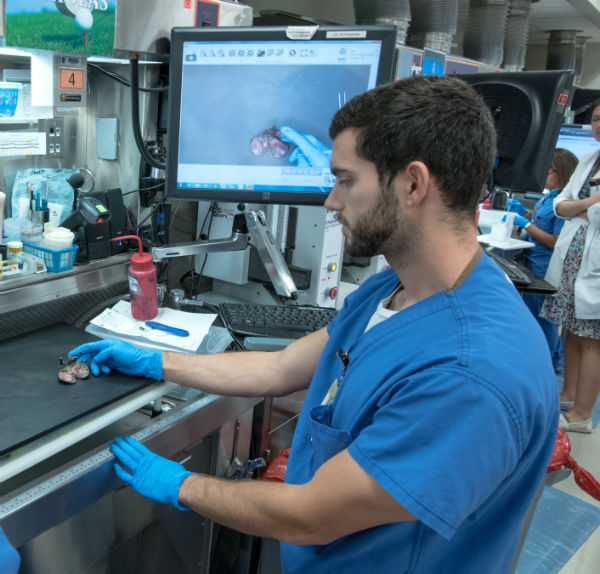 A mastery over surgical pathology is a foundational skill required to successfully practice diagnostic pathology. Developing surgical pathology expertise is a slow process encompassing visual pattern recognition based on a vast body of medical knowledge and increasingly an integration with data derived from various ancillary molecular and other techniques. Recognizing the central role of these skills in our residents’ training, Duke Pathology training emphasizes Anatomic Pathology (Surgical Pathology and Autopsy Pathology) during the first year of residency, allowing the maximum period for “maturation”. In the initial year of training, each resident spends at least nine months on Anatomic Pathology services, with three autopsy months and six surgical pathology months. Three months of clinical pathology are also introduced. Subsequently, three months per year are devoted to surgical pathology with increasing responsibilities every year.

Attending faculty members rotate on a similar weekly schedule to assure a close working relationship with housestaff.  Residents are given graded responsibility appropriate for level of training. Several modern multiheaded microscopes and ample reference material are available which allows self-study as well as peer to peer teaching. Grossing of specimens takes place after morning sign-out, followed by preview of cases in preparation for sign-out the following morning with attending faculty. Senior level residents function at the level of a surgical pathology fellow with responsibilities including oversight of grossing by junior level residents, working with laboratory staff to establish appropriate work flow levels in the lab, “hot-seat” diagnostic decision making responsibility for frozen sections, and microscopic sign-out of cases with the attending.

The department is committed to quality patient care through rapid turnaround time as well as to superior resident education. These competing goals are achieved by expanding the role of Pathology Assistants in the gross room.  Six Pathology Assistants are available to guide the residents through the initial learning process and to perform grossing of “routine” cases. The grossing and frozen section experience is augmented by laboratory technicians to assist with small biopsies and operating room courier duties. The histology laboratory in the Duke Clinical Labs operates 24 hours a day, assuring that slides are ready for resident preview early in the day.

The training program is characterized by direct and continuous interaction of residents, fellows, faculty members and pathology assistants. We have a high volume of excellent clinical and laboratory materials received as a result of Duke's nationally and internationally renowned departments of medicine and surgery. We are proud of the residents and fellows who train here and continue to be energized each year by their quality, character, and diversity.