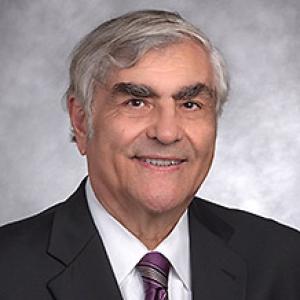 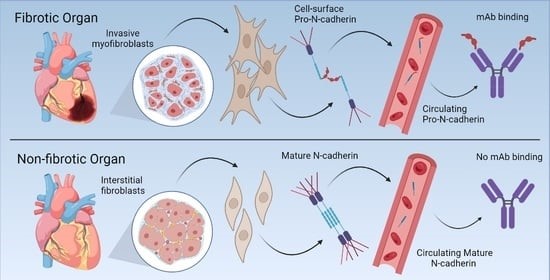 The Pizzo laboratory has a long history of studying aberrantly localized proteins and the role of dysregulated localization and protein processing in human disease. Recently, we discovered that the proprotein form of N-Cadherin (Pro-N-Cadherin; PNC) is aberrantly expressed on the surface of cells in pathological tissues, but not cells in healthy tissue. Pro-N-cadherin is normally processed by healthy cells in the trans-Golgi network (TGN) by proprotein convertase proteases to produce the mature form of N-cadherin, where the pro domain is cleaved from the protein, and the protein is subsequently transported to the cell surface to serve as a cell adhesion molecule (1). The normal rate of proteolysis and excision of the pro domain from N-cadherin within normal tissues leaves it undetectable without enrichment, and non-existent at the cellular surface of normal cells. However, there have been reports in the cancer biology literature demonstrating the presence of pro-N-cadherin on the surface of malignant cells and corresponding positive correlation with invasiveness of cancer cells expressing cell surface PNC (2, 3). Initial studies in collaboration with the Bachelder laboratory investigated this phenomenon in cancer, while our recent efforts have been focused on the role of cell-surface PNC in the setting of fibrosis.

We have recently published work in which we found that N-cadherin protein processing is involved in pathological fibrosis (4). Diseased tissues associated with fibrosis of the heart, lung, and liver were probed for PNC by immunohistochemistry and compared to healthy tissues. Myofibroblast cell lines were analyzed for cell surface PNC by flow cytometry and immunofluorescent microscopy. Soluble PNC products were immunoprecipitated from patient plasmas and an enzyme-linked immunoassay was developed for quantification. All fibrotic tissues examined show aberrant PNC localization. Cell surface PNC is expressed in myofibroblast cell lines isolated from cardiomyopathy and idiopathic pulmonary fibrosis but not on myofibroblasts isolated from healthy tissues. PNC is elevated in the plasma of patients with cardiomyopathy (p ≤ 0.0001), idiopathic pulmonary fibrosis (p ≤ 0.05), and nonalcoholic fatty liver disease with cirrhosis (p ≤ 0.05).

We have humanized a murine antibody and have shown that it significantly inhibits migration of PNC expressing myofibroblasts.

Ongoing research in the laboratory seeks to further understand the unique role of PNC in the pathogenesis and progression of fibrosis, develop specific and non-toxic PNC-directed therapeutics, and characterize the nature of PNC as a biomarker of human disease.