The Legacy of Donald Love, One of the First Black Duke Hospital Employees 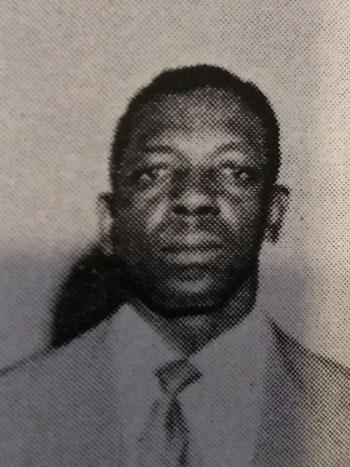 Before Donald Nelson Love (1907-1985) arrived at Duke Hospital on the morning of June 2, 1930, to begin his first day of work, he had never seen the place before. The hospital and medical school were still under construction, a month away from opening. Love wasn’t even sure he was in the right building.

Eventually, though, a friendly man approached and introduced himself: Wilburt C. Davison, MD, the founding dean of the Duke University School of Medicine. As Davison showed Love around the hospital and school, making their way around piles of construction materials, Love despaired of ever learning his way around “this giant of a building.” Eventually, though, he came to know every inch of it: he remained on the staff for the next 44 years.

Love was, if not the first Black employee at Duke Hospital and the School of Medicine, one of the first, beginning his service during a time of legally enforced segregation. He spent the majority of his career with the Department of Pathology, which he joined about 15 years after starting at the hospital.

He wrote that he “had come to the Hospital for a job that I got through my father, John Love, who operated a printing machine on the East Campus for many years.” His father had become acquainted with Davison, and the dean hired the younger Love to perform various tasks, including readying wards for use, changing linens, and various other housekeeping items.

“Everybody worked hard and together,” recalled Love. “Everybody knew everybody. It was a united effort on a united front. There was a lot to do in a short time and not much help to do it.”

Love had a passionate interest in civil rights and actively sought improvement of the conditions created by segregation, while enduring its negative effects with humility and grace. His long career took place in the midst of a social and racial climate that did not favor these odds.

Love’s youngest daughter, Pearlie Love Lewis, recalled her father telling her that one of his tasks was to guide hospital visitors by pressing the elevator button. Then, he had to run up the stairs to meet them, because Black people weren’t allowed in the same elevators at the time.

William Webb Johnston, MD’59, started the Division of Cytology within the Department of Pathology and served as the Chief of Cytopathology for 25 years until his retirement. He remembers Love well.

He observes that the School of Medicine opened in a Durham that was, at the time, “a little country town.” Wiley Davis Forbus, MD, a pathologist and medical educator with a degree from Johns Hopkins University, was instrumental in forming the faculty and program of newly established Duke University in 1930.

“Forbus did a miraculous thing in reaching out to find local people who were basically at a high-school level education,” notes Johnston. “Forbus brought them in and trained them. It was like a miracle — and Love is one of those miracles. There was nobody trained to do his work at the time.”

Love served as an assistant for the Department of Pathology’s autopsy service and was responsible for preparing gross specimens for teaching — organs used to teach medical students anatomy. Johnston recalls the department halls lined with white pots holding hundreds of specimens that Love helped prepare.

“I remember Donald Love very well, with a great deal of affection and respect,” he recalls. “He was a very intelligent, cooperative member of the department. He was a sort of everyman who was everywhere doing things for everybody. Former department chair Forbus depended on him for a lot of services.”

Love also was responsible for transferring specimens into special preservative solutions to be presented at autopsy conferences.

“He was very adept at that,” says Johnston. “He knew a tremendous amount of pathology, and would comment about the organs and our performance of the autopsy. He was rather astute on that, and learned on the job.”

Love retired in 1974, but was not forgotten as an important member of the department. In 1993 George Margolis, MD, with the support of Mary Duke Biddle Trent Semans, chair of the Board of Trustees of the Duke Endowment, presented the idea of honoring Love with the creation of Pathology Department Service Awards, consisting of a Lifetime Service Award and a Self-Development Award.  Initially, the recipient of the Lifetime Service Award was identified as one “whose work ethic and efforts [were] most exemplary and/or who [had] been acknowledged by peers and staff as best serving Anatomical Pathology’s mission.”  The Self-Development Award was originally distinguished “by a career of self-development through educational endeavors which [had] substantially changed the course of his or her life or career.”

Awards were given to 11 recipients between 1993 and 1997. Now, the department is reinstating the awards, beginning in February 2022. The awards will provide financial support in the form of reimbursement to staff members enrolled in certificate or degree programs, to assist with incidental costs associated with pursuit of these programs. To apply, fill out this form.

In the original award announcement in 1993, Love was recognized as a man of dignity and perseverance who was “aware of his mission in life — to serve humanity with altruistic compassion. He was humble. The extra mile always seemed to be the easiest for him to travel.”

Margolis wrote, “Out of my career-long immersion in medical education for minorities, I consider my participation in the creation of this fund as my most fulfilling experience.”

In a 1993 memo addressed to Leonard Beckum, vice president and vice provost of Duke University at the time, Margolis wrote, “Absent this memorial, a Black employee, whose ties to Duke Hospital and Medical School began with the opening of the institution and spanned more than four decades, would have disappeared from history.” He continued, “In sum: I believe that an award should be presented to a needy medical student, for the purchase of books, or perhaps medical instruments, or aid in the payment of tuition to Duke Medical School." Margolis’ son Joshua later wrote about his father’s friendship with Love in a paper titled “Dinner with Donald” for Duke’s “Humanitarian Perspectives in Public Policy” course in 1981.

“I have a warm memory of Donald,” said Johnston. “He was always there, always doing his work, never heard a word of complaint out of him. Everybody had a tremendous amount of respect and affection for him. I think it’s wonderful that we’re reinstating the service award.” Apply here.

Love’s Daughter Follows in His Footsteps 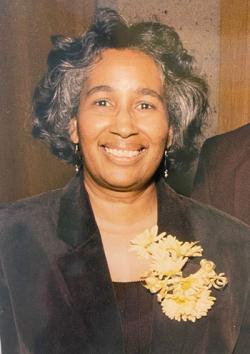 Donald Love’s surviving daughter, Pearlie Love Lewis, lives in Durham and retired in 2004 from IBM, where she was a systems analyst. Her husband is Guster Lewis, Jr., and they have a daughter, Deidra Lewis, who is a Global Business Services Operations Manager with UPS in Durham. Their grandson, Ronald Christian Lee, is employed by Durham Public Schools.

“My dad was the youngest of five children,” said Lewis. “He and I were very close and I learned a lot from him, like how to stay focused and try to always do good by other people.” We came from a very religious family. We believed in doing everything we could for others being good to everybody. My father did that through teaching Sunday school, hosting speaking engagements, and serving as president of PTA for my elementary school. He also wrote a religious weekly articles for the Carolina Times Newspaper for over ten years.”

As a young girl, Lewis used to run and skip up and down the Duke Pathology Department halls. She remembers when she came to the hospital to have her tonsils removed. When she realized they were going to give her a shot, she snuck out and says she “escaped to the Pathology halls to hide.”

“My father had a garden and invited Pathology Department members and their families to come out and tend the garden and plant together,” Lewis remembers.

“My family offers special thanks to the Semans and Margolis families for making this dream a reality,” said Lewis about the Service Award. “We vow to embrace the award winner into our family, just as my father would have.” 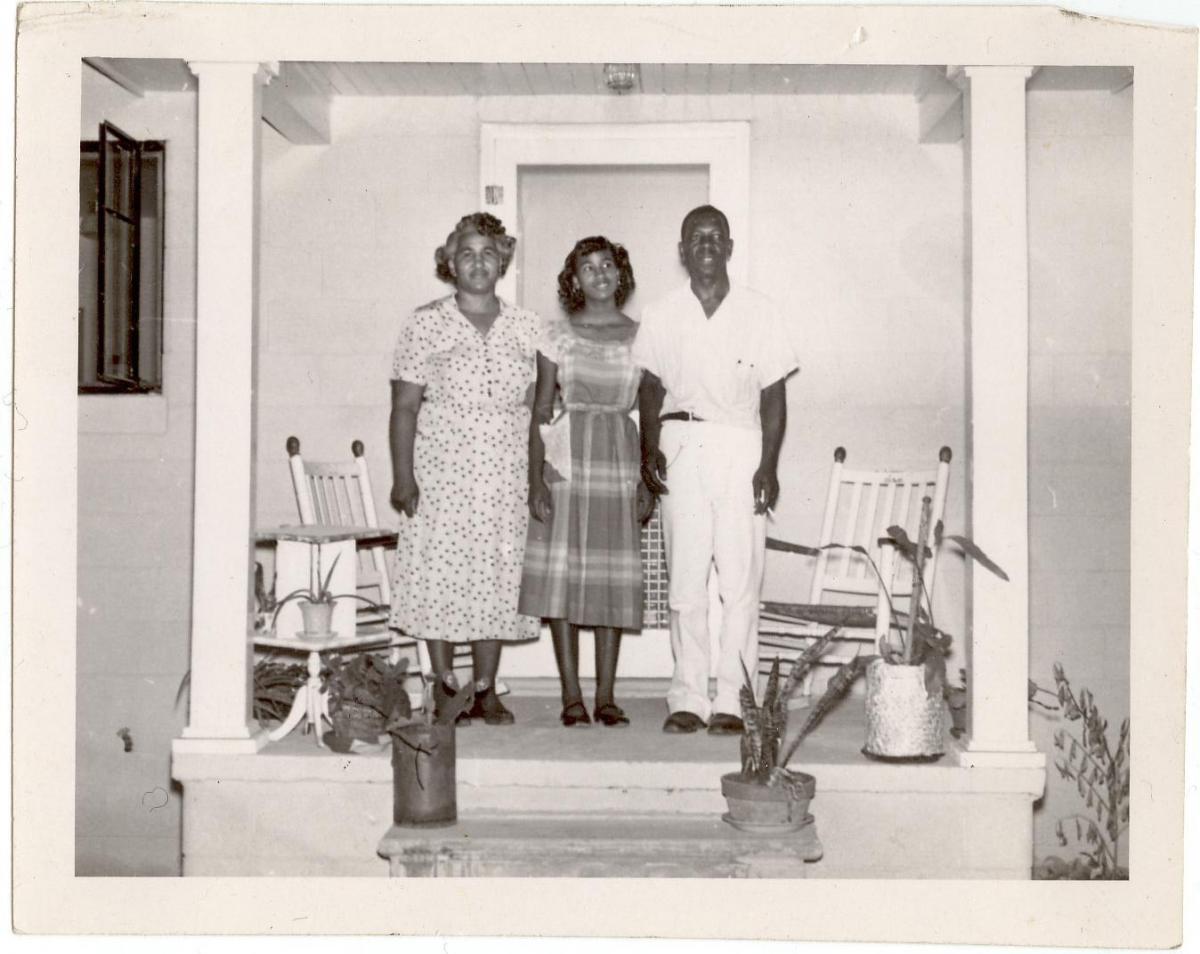